I have always been really passionate about Art as therapy, which led me to work with all kinds of different people and on mental health wards and hospitals around London. I was lucky enough to work with and learn from an amazing Art Therapist, which led me to being accepted to study at Goldsmiths to do an MA in Art Psychotherapy…….but I wasn`t quite ready to be a therapist, so I moved to Sydney to spend one blissful year making Art in the sun!

As a result of all my experience of working with many different groups of people; my community work as an Artist is really important to my practice and in September 2017 I was very happy to qualify as an Integrative Psychotherapist.

I have over ten years of experience of working as a freelance Artist, some of the projects I have developed and facilitated are; Banardos group , Start Arts on Prescription workshops in Salford , New Ghosts Project, East Lancashire Arts on Prescription projects in Clitheroe and Burnley, Tipp project with young mums in Salford, Open shop Project at Haworth Gallery and The Talking Tower exhibition.

Accrington is a beautiful market and if you haven`t been it`s worth coming, not only to see me, but there is an amazing old fashioned sweet shop near my stall! The market has a friendly community feel and i felt welcomed into market life, but somewhat watched……….the butchers opposite me seemed to take delight in watching eccentric characters approach me,  one of which swooped and swiped a fan as if a sword! 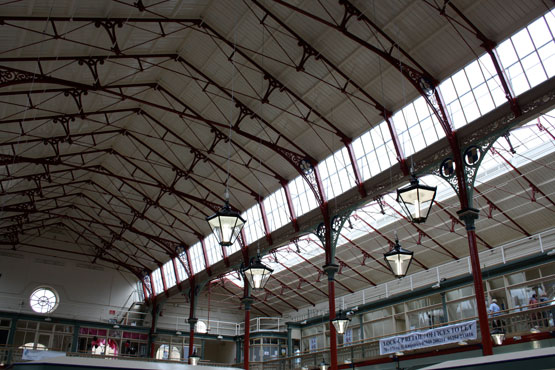 My first conversation was unfortunately with a man, who having never been to the Haworth Gallery was adamant it should be sold and the money ‘put to good use.’ I asked what he would spend the money on, to which he replied,’ a new market floor,’ ( i later discovered that the floor he wanted to replace was the original stone flooring.) He insisted Accrington people agreed with his point of view……i was glad to find out he was wrong. Accrington community didn`t disappoint, and although there was some puzzlement as to what an artist was doing in their market, i heard from a lot of locals about how much they valued the Haworth. One local spoke about childhood visits there and described it as a ‘treasure.’

I can`t believe how lucky i am to be able to look through all the treasures at the Haworth Gallery……here are a few things i found….. 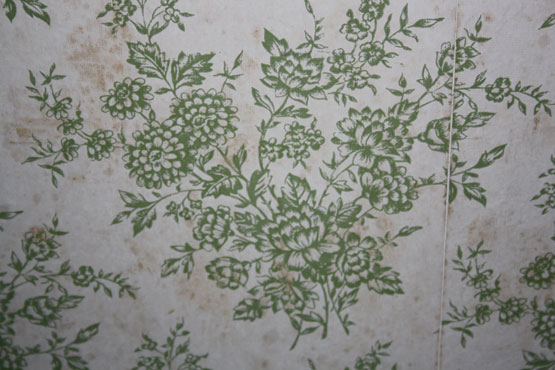 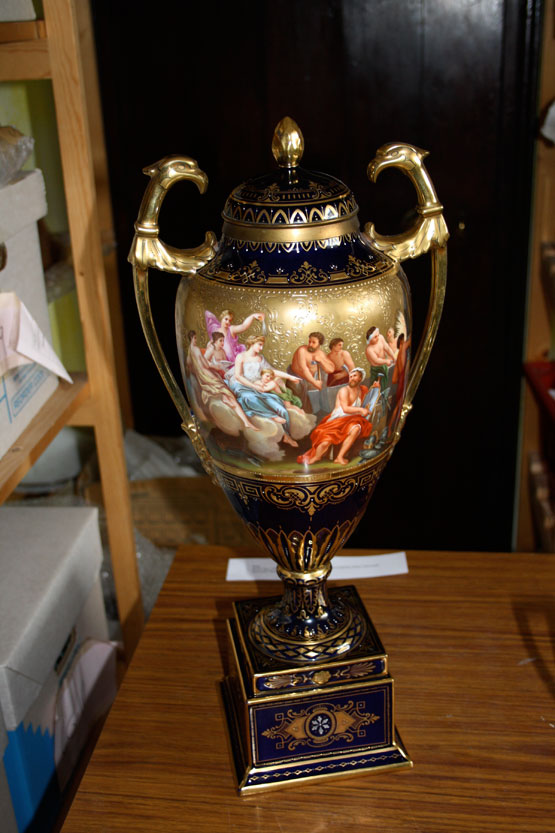 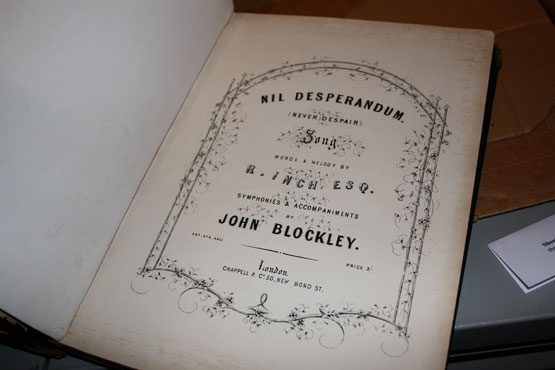 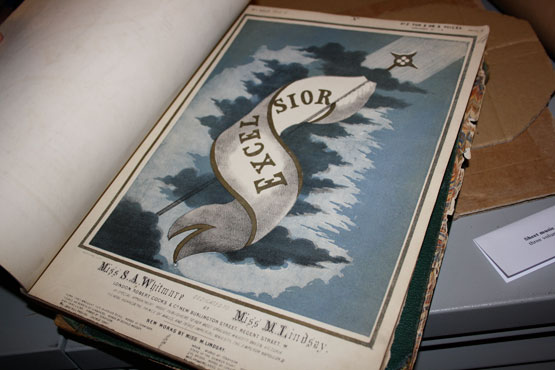 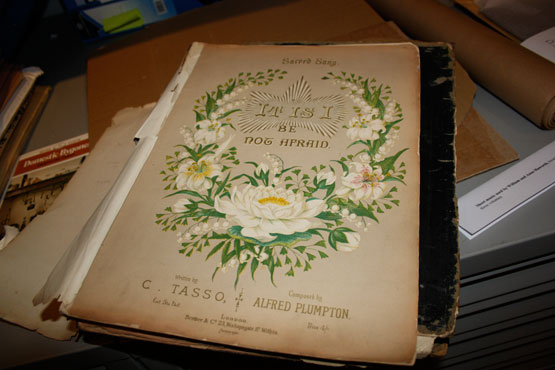 I am very excited to be working on this Open Shop Project with the Haworth Gallery in Accrington. Working closely with the curator of the Haworth Gallery i have developed this programme to use and explore the unseen collection with the community in Accrington market. The story of Anne is a fascinating one, one of the only objects that would have belonged to her is the fan and the gallery was denoted to the community after Anne died so it was their home previously. 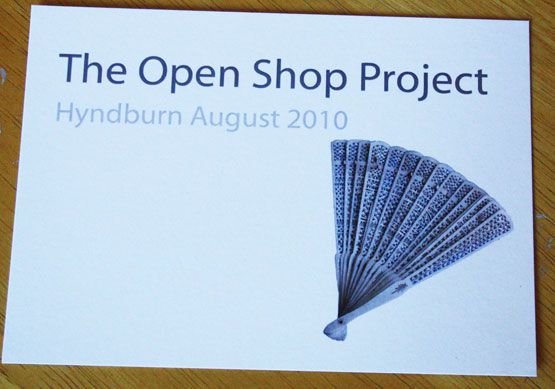 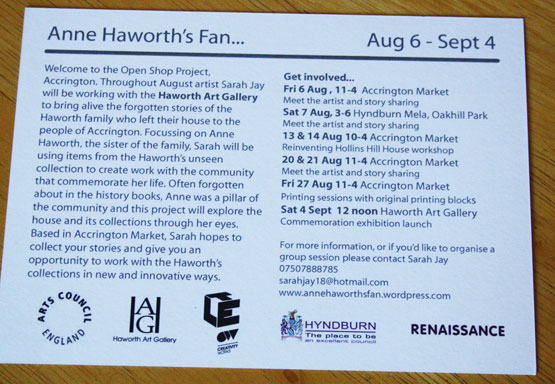